> Kingdom Promoters! Working with God to Promote His Kingdom! 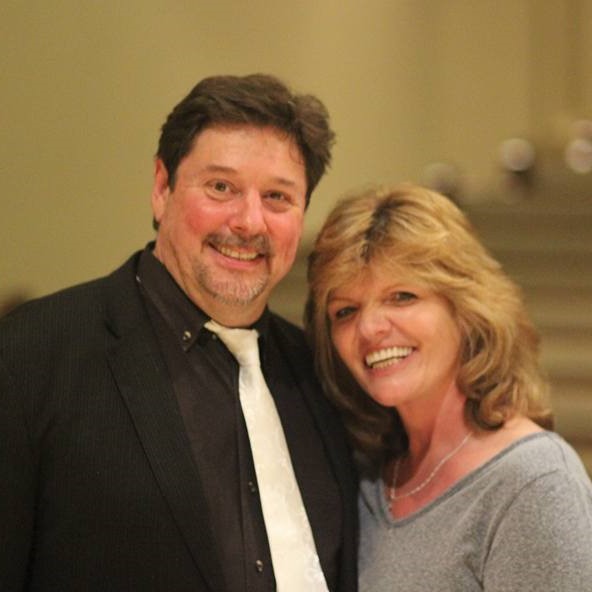 We are Kingdom Promoters!
Promoting the people who promote the Kingdom of God!

Together or Individually, we LOVE to minister God's Word! We also help other ministers, authors and worship artists do the same!

Darryl has a strong anointing in words of knowledge. He is also a seer and a "spot-on" prophetic voice. He has been a professional musician his entire life. Darryl is Principal Trumpet and Artistic Director for the Woodlands Symphony Orchestra. He also plays the Keyboards and is a songwriter.

Edie has been working full time in ministry since 2009. She is a prophetic preacher and ministers prophetically at events. Edie is the author of five books and one workbook with more on the way. Edie also teaches others how to write, publish and sell their literary artwork! She has spoken numerous times, including "Women on the Front Lines". Edie has appeared on the Elijah List as well as TBN and Destiny TV.

Edie in Nacogdoches, TX August 2017. Edie teaches on FAITH, and the reality of it in your life!

Edie at Women on the Front Lines Texas

Edie ministering at Women on the Front Lines in Tomball, TX in November 2015. Edie shares her heart with "A Word From the Farm about Value". Edie speaks about your personal value, using the parable of animals on her farm.

Edie ministering in Denham Springs, LA at "The Lighthouse". She talks about the Father's heart, Gratefulness and Don't be a Dead Fly! Edie at Women of Destiny at Joan Hunter Ministries.


Live Streaming filmed June 4th, 2014 at the World Headquarters of Joan Hunter Ministries, Women of Destiny meeting. The first 2 1/2 minutes have no sound. Please start it up at 2 1/2 minutes. You will enjoy it! 41 minutes.

Darryl and Edie ministering at the Healing Center of East Texas, The Remnant Church. Part I and II


Edie on "The Elijah List, "You are about to be Unfettered!"

YOU ARE ABOUT TO BE UNFETTERED!Edie Bayer http://www.kingdompromoters.org/EdieB.html It was unusually cold this...

GOD IS CALLING US TO RECLAIM THAT WHICH IS LOST!by Edie BayerKingdomPromoters.orgFlying to Ohio recently, I heard an...

Darryl's prophetic abilities are only matched by his musical prowess! He is an eloquent speaker with a Masters Degree in...